THE PHILIPPINES (Manila). 2009. A game cock spreads it's wings for the last time in the throws of death after a fatal blow delivered by it's competitor during the fight to the death between two game cocks, at the Makati Coliseum, Makati City, Manila. Photo Tim Clayton 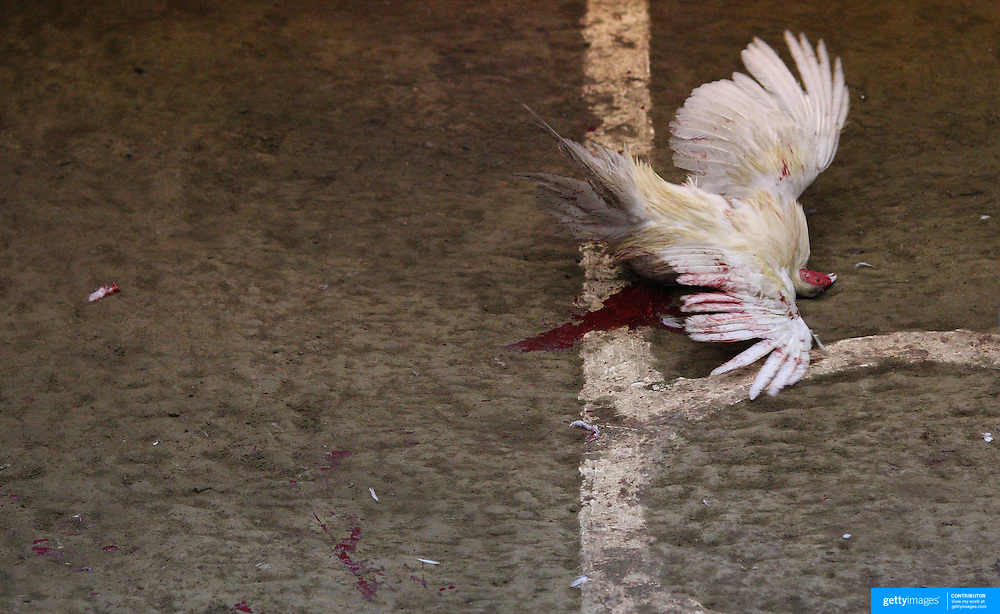