Jamie Silvester pushes his bike up a hill during the New World Tour de Wakatipu bike race on Saturday. Six hundred and ninety people entered the bike race which featured an exclusive course with breathtaking views from Millbrook Resort in Arrowtown to Chard Farm along the Kawarau River, via the trails and tracks of the Wakatipu basin with distances of 36 kilometres fun riding for recreational bikers and 45 kilometres for elite and sport racers. The event was part of the inaugural Queenstown Bike Festival, which took place from 16th-25th April. The event hopes to highlight Queenstown's growing profile as one of the three leading biking centres in the world. Queenstown, Central Otago, New Zealand. 23rd April 2011. Photo Tim Clayton.. 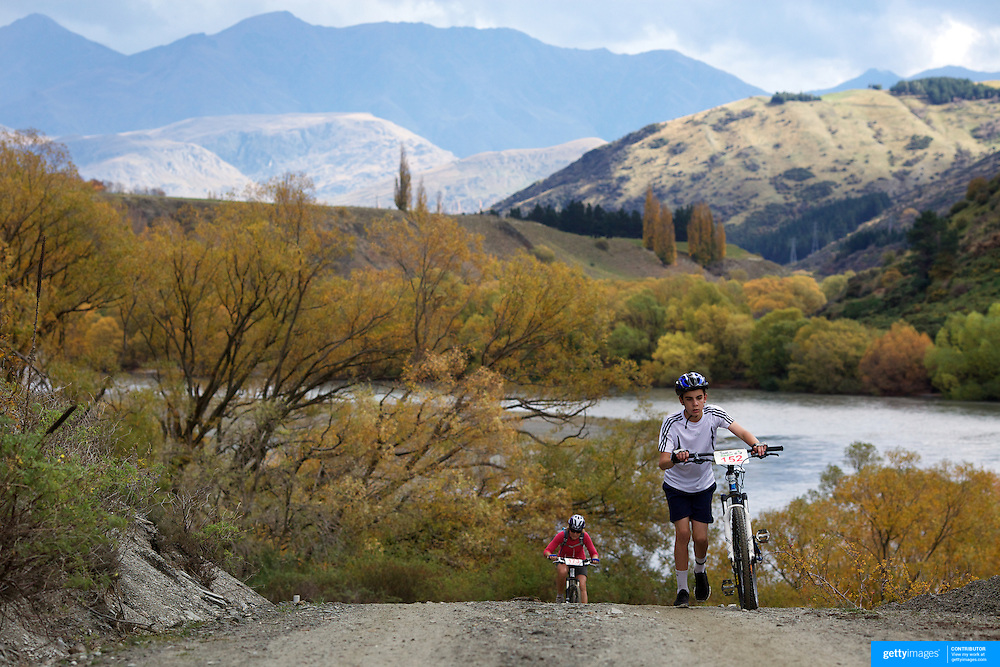