5,000 Ton Roof Superstructure now complete at Arthur Ashe Stadium.
The United States Tennis Association announced Wednesday that the final piece of steel has been placed in the superstructure that will support the retractable roof over Arthur Ashe Stadium. In all, 5,000 tons of steel were needed to complete the massive project. The roof will be fully operational for the 2016 US Open.

The retractable roof is the centerpiece of a complete re-imagining of the USTA Billie Jean King National Tennis Center. The transformation of the site will include the roof over Arthur Ashe Stadium, a new 8,000-seat Grandstand Stadium, a new 14.000-seat Louis Armstrong Stadium, and the reconfiguration of the entire southern campus of the site. Construction on the new Grandstand Stadium has begun, with 90,000 cubic yards of fill removed from the site. The steel shell of the new stadium will begin to rise as foundation work is ongoing. The Grandstand Stadium will open for the 2016 US Open.

The USTA began the first phase of upgrades last year when the organization re-designed and rebuilt the West Stadium Courts and Practice Gallery. Platform seating for 3,000 people was constructed so that, for the first time, fans could enjoy unobstructed views of US Open seeded players practicing. The structure also provided a prime viewing location for the three tournament courts to the west of Arthur Ashe Stadium. Flushing, Queens, New York, USA. 11th June 2015. Photo Tim Clayton 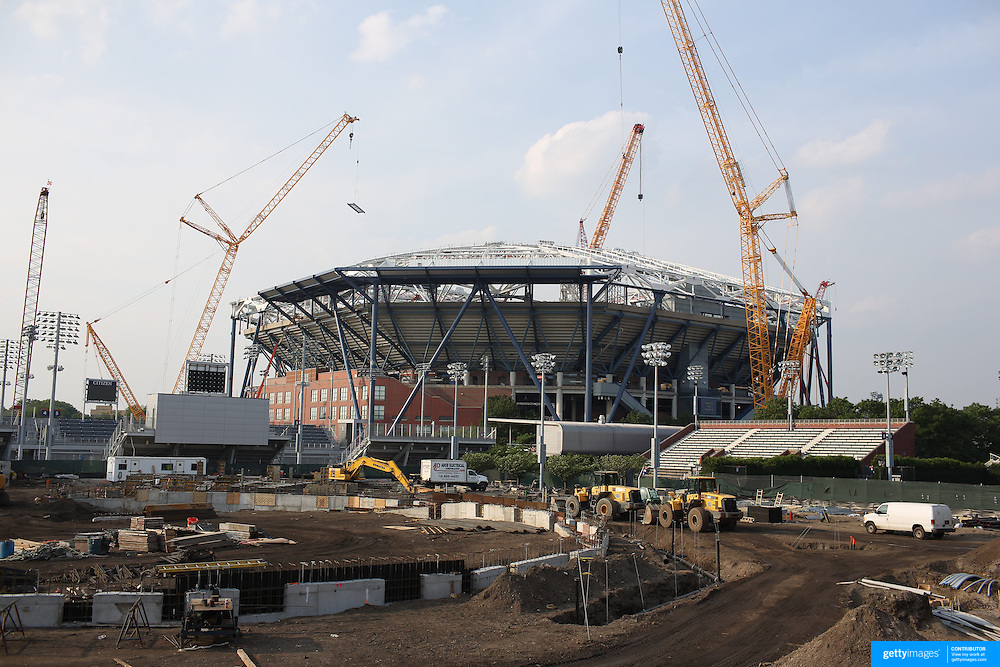