SYDNEY-DECEMBER 21: A crewman on ASM Shockwave 5 makes running repairs to the mainsail before the start of racing in The Rolex Trophy 2008 Rating series run by The Cruising Yacht Club of Australia on December 21, 2008 in Sydney, Australia. The racing series, conducted in the waters around Sydney, is a preliminary tournament to the Rolex Sydney Hobart Yacht race 2008 which will start of Boxing Day, December 26th. Over 100 yacht's are entered in this years race with spectators on the Sydney Harbour foreshore estimated to reach around 500,000 people. Photo Tim Clayton 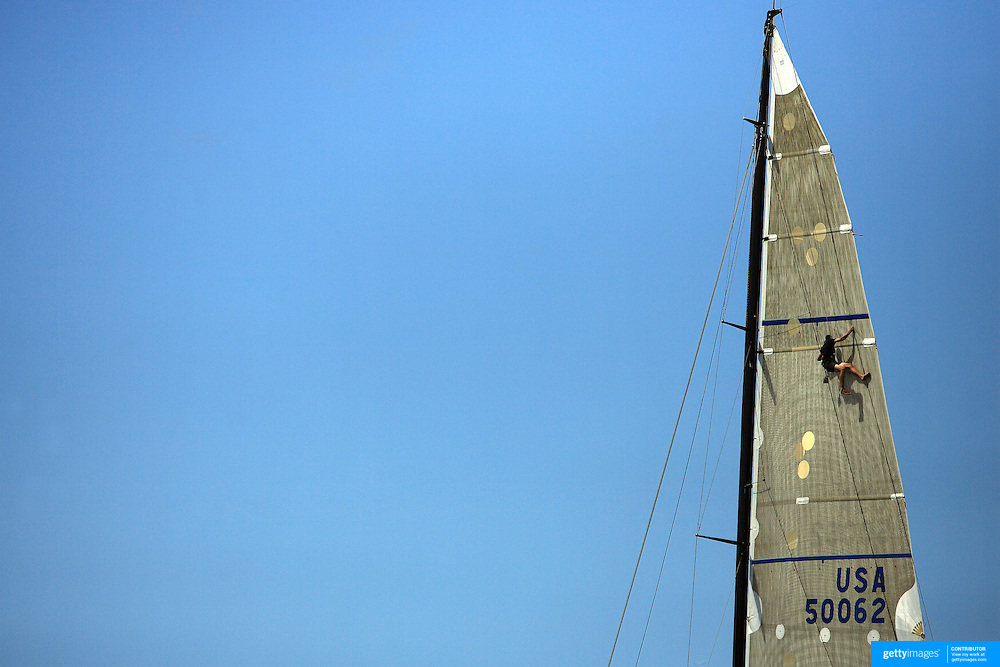