'Attitude at Altitude' Football in Potosi, Bolivia'..A candy floss seller arrives at the Estadio Victor Agustin Ugarte, home of Bolivian football team Real Potosi. Potosi, Bolivia, 12th May 2010. Photo Tim Clayton....'Attitude at Altitude' Football in Potosi, Bolivia'..The Calvario players greet the final whistle with joyous celebration, high fives and bear hugs the players are sprayed with local Potosina beer after a monumental 3-1 victory over arch rivals Galpes S.C. in the Liga Deportiva San Cristobal. The Cup Final, high in the hills over Potosi. Bolivia, is a scene familiar to many small local football leagues around the world, only this time the game isn't played on grass but a rock hard earth pitch amongst gravel and boulders and white lines that are as straight as a witches nose, The hard surface resembles the earth from Cerro Rico the huge mountain that overlooks the town. .. Sitting at 4,090M (13,420 Feet) above sea level the small mining community of Potosi, Bolivia is one of the highest cities in the world by elevation and sits 'sky high' in the hills of the land locked nation. ..Overlooking the city is the infamous mountain, Cerro Rico (rich mountain), a mountain conceived to be made of silver ore. It was the major supplier of silver for the spanish empire and has been mined since 1546, according to records 45,000 tons of pure silver were mined from Cerro Rico between 1556 and 1783, 9000 tons of which went to the Spanish Monarchy. The mountain produced fabulous wealth and became one of the largest and wealthiest cities in Latin America. The Extraordinary riches of Potosi were featured in Maguel de Cervantes famous novel 'Don Quixote'. One theory holds that the mint mark of Potosi, the letters PTSI superimposed on one another is the origin of the dollar sign...Today mainly zinc, lead, tin and small quantities of silver are extracted from the mine by over 100 co operatives and private mining companies who still mine the mountain in poor working conditions 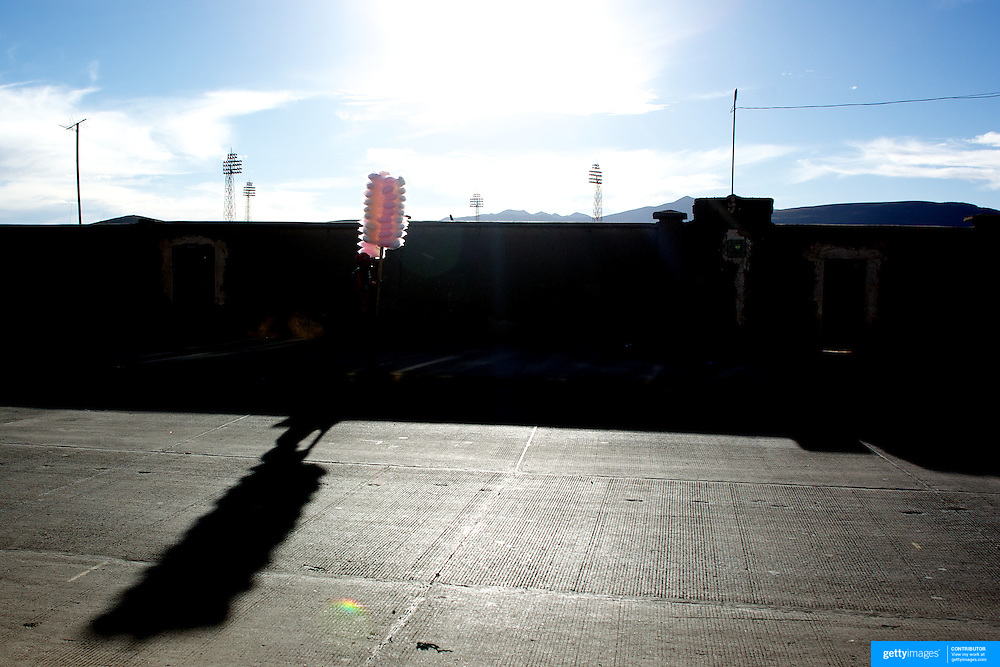