THE PHILIPPINES (Boracay). 2009. A spectator wearing a cockfighting t shirt at the cockfighting at the Boracay Cockpit, Boracay Island, the Philippines. Photo Tim Clayton 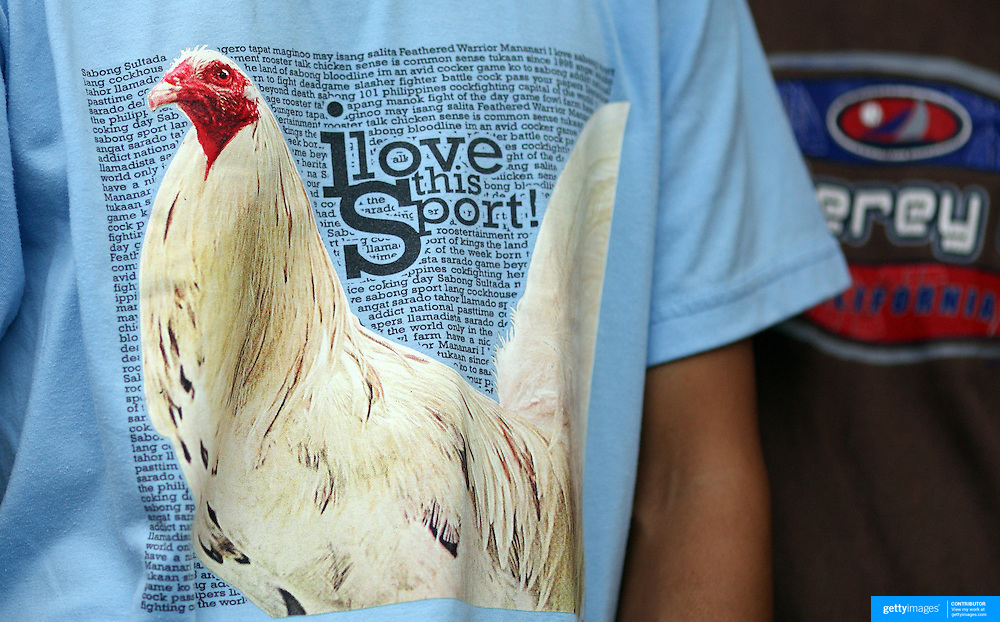