Visitors leave White Island after a tourist trip..Whakaari or White Island is an active volcano, situated 48 km from the east coast of the North Island of New Zealand, in the Bay of Plenty. .The island is roughly circular, about 2 km in diameter, and rises to a height of 321 m above sea level. Sulphur mining was attempted but was abandoned in 1914 after ten workers were killed. It is New Zealand's only active marine volcano and perhaps the most accessible on earth, attracting scientists and volcanologists worldwide as well as many tourists. It is part of the Taupo Volcanic Zone.. The main activities on the island now are guided tours and scientific research. White Island, New Zealand, 5th December 2010. Photo Tim Clayton. 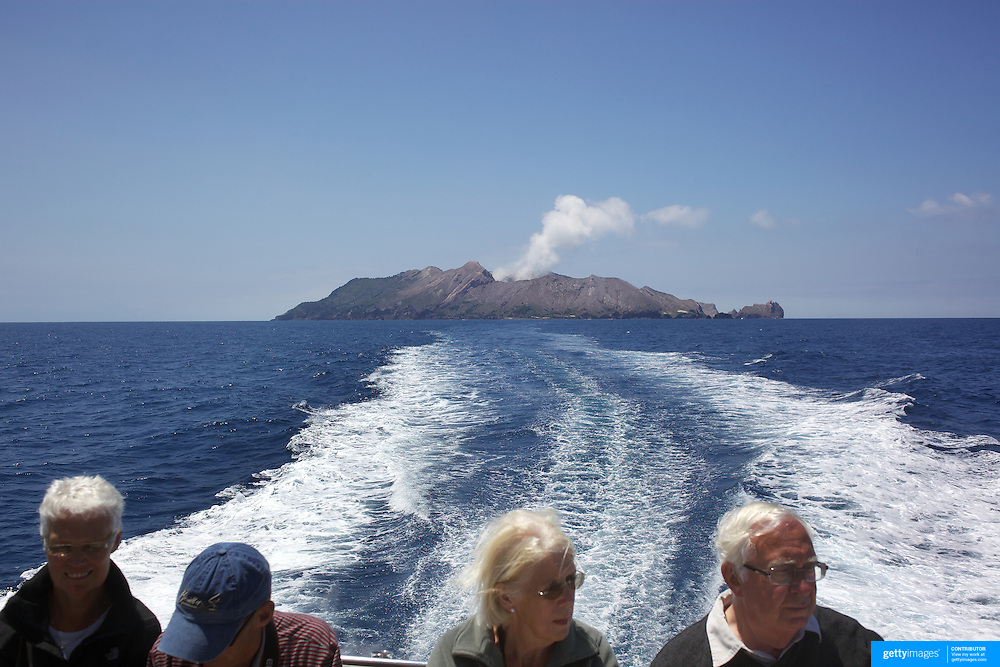