Alberton Historic House. Auckland. A Timber mansion began as a farmhouse in 1863 and was later expanded to 18 rooms, with fairy-tale decorative verandahs and towers. It was owned by the Kerr Taylors, a leading family in Mount Albert, until it was left to the New Zealand Historic Places Trust in 1972. Allan Kerr Taylor was a landowner, investor and provincial and local body politician. His wife Sophia was an outspoken advocate of the vote for women, as well as a singer, gardener and mother of 10. She ran the estate for 40 years after her husband's death, with her three unmarried daughters running it for a further 40 years..Alberton was famous in the 19th century for its balls, hunts, garden parties and music. It contains a wealth of original family furniture and other possessions, and several rooms retain their 19th century wallpapers. Alberton Historic House is situated in Mount Albert Road, Auckland, New Zealand.12th November 2010. Photo Tim Clayton. 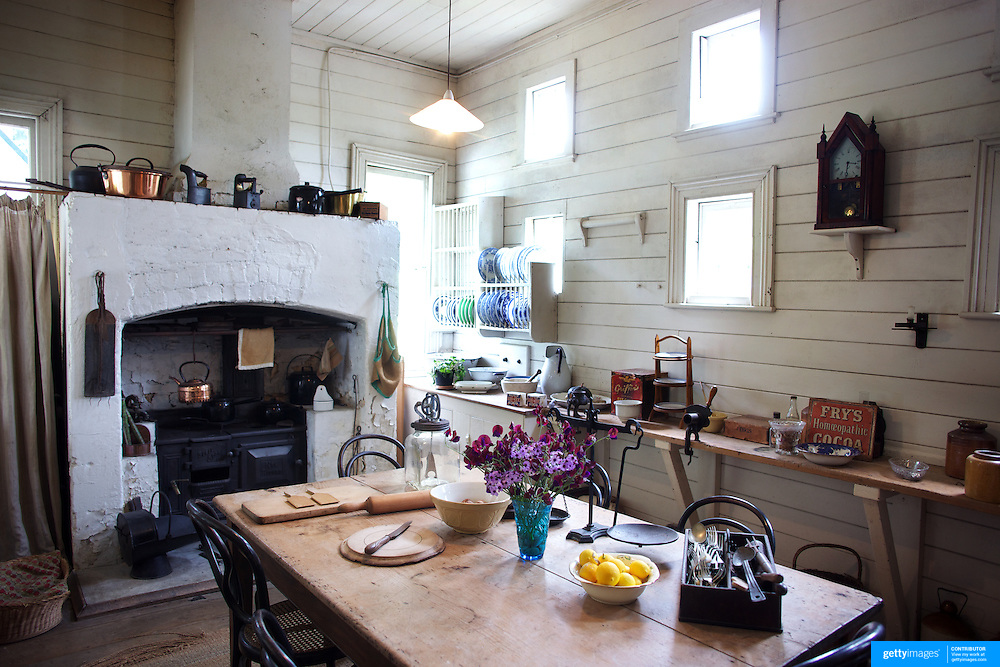