NOTHING ELSE MATTERS...Football in Rio de Janeiro, Brazil.

Fluminense fans throw rice powder as their team take the field before the Fluminense V Sao Paulo, Futebol Brasileirao League match at the Jornalista Mário Filho Maracana Stadium, The fans have a tradition of throwing rice powder as the team takes the field in honour of Carlos Alberto, a player of mixed race ethnicity who, in 1914, attempted to lighten his skin by covering himself in rice powder on debut for his team. Unfortunately his sweat washed the powder off during the match and he was jeered by the opposing supporters..Rio de Janeiro, Brazil. 29th August 2010. Photo Tim Clayton.. 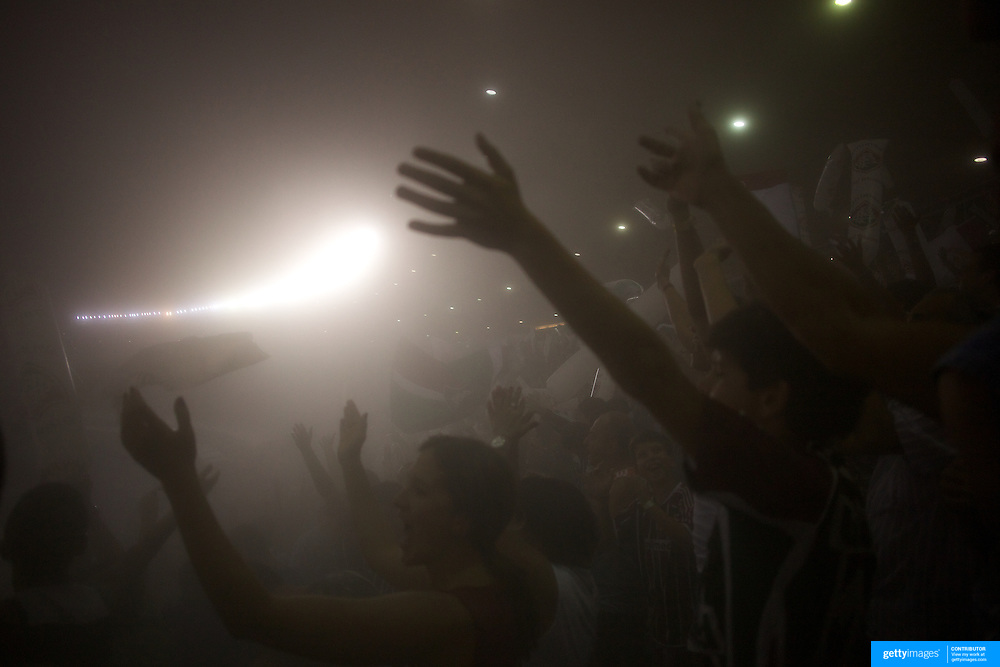