THE PHILIPPINES (Manila). 2009. Noel Lenchico, 40, with his game cock during the cockfighting at the La Loma Cockpit, La Loma, Manila. Photo Tim Clayton 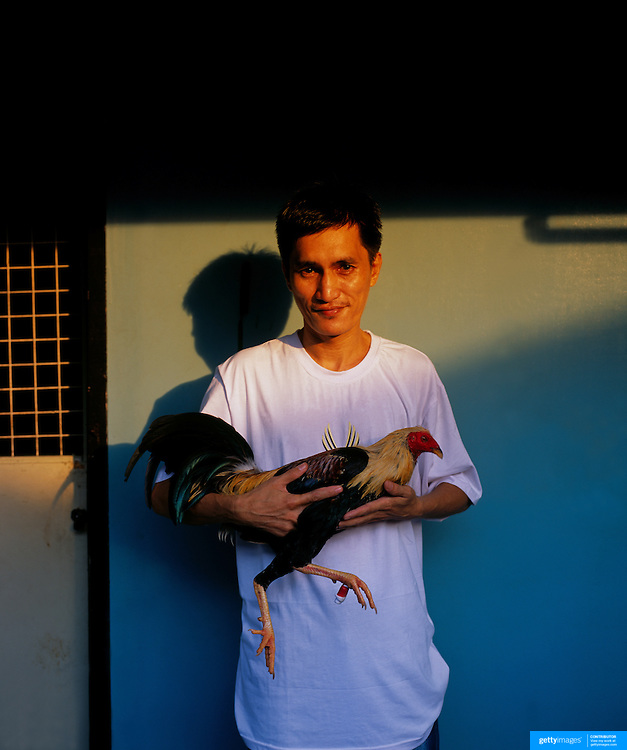