The Bridge to Nowhere is a concrete road bridge spanning the Mangapurua Stream in Whanganui National Park, North Island, New Zealand. It has no roads leading to it, but it is a popular tourist attraction, accessible by boat or kayak, followed by a 45 minute (one way) walk along maintained bush trails..It was built across the deep Mangapurua Gorge to provide access to an area where the government was opening up land in 1917 for pioneering farmers, mainly soldiers who had returned from World War I. The intention was to build roads to it later, but the area proved to be so remote and unsuitable for farming that the venture failed and the farms reverted to native bush. 30th December 2010. PhotoTim Clayton. 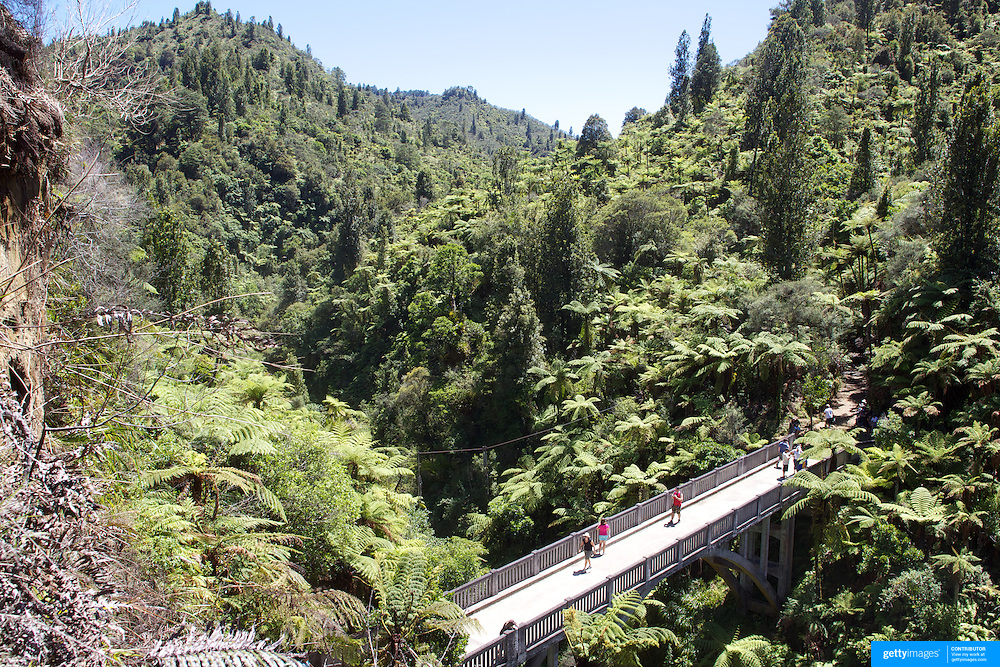