A remote camera covered in grass and mud after John Knight fell from his bike during the thrills and spills of the New Zealand Cyclocross Championships sponsored by AJ Hackett Bungy, held at Jardine Park, Queenstown, as part of the Queenstown WInter Festival. The men's event was won by Dan Warren from Hastings while Anja McDonald from Dunedin won the women's event. Queenstown, New Zealand, 2nd July 2011 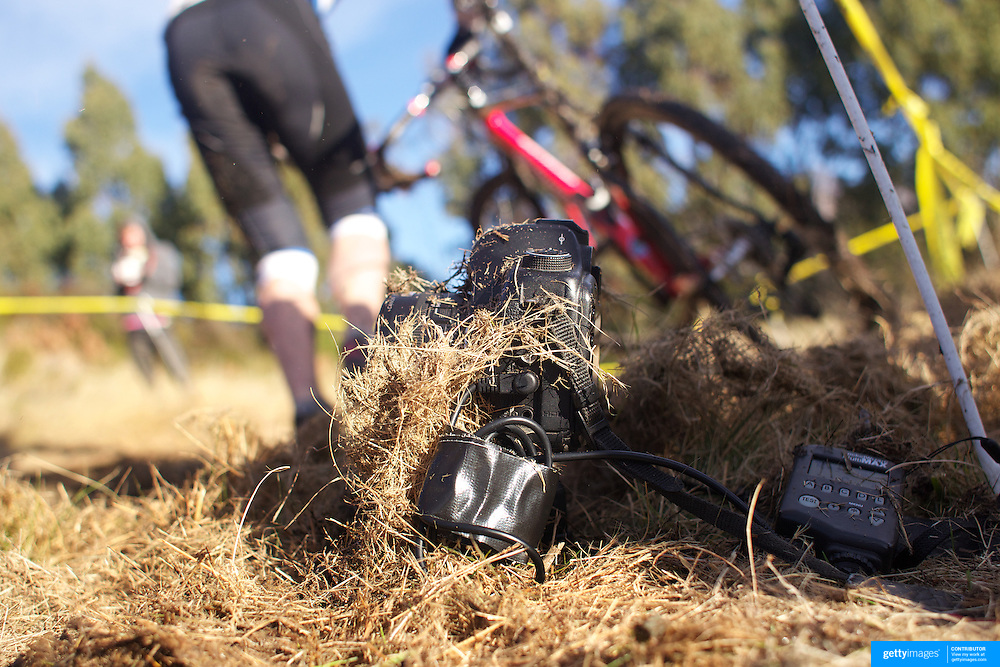