THE PHILIPPINES (Manila). 2009. Owners wait to prepare their birds for fighting at the cockfighting at the La Loma Cockpit, La Loma, Manila. Photo Tim Clayton 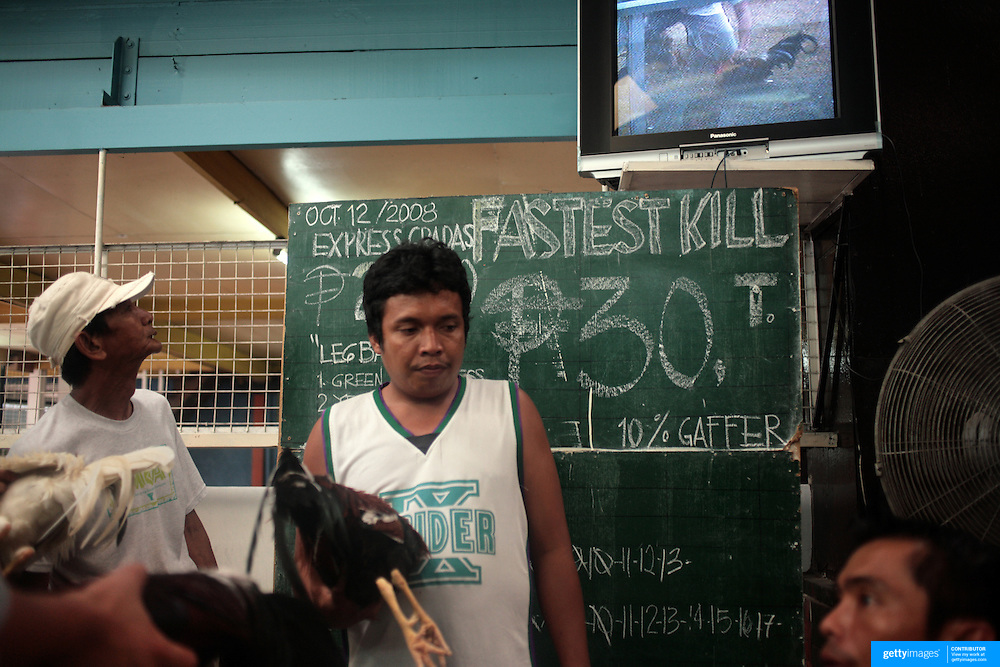