The 'Nude Blacks' warming up before the start of the 'Nude Blacks' versus a Fijian invitation side played at Logan Park, Dunedin as an unofficial curtain raiser match before the New Zealand V Fiji test match in Dunedin, New Zealand...The 'Nude Blacks' won the match 20-10 with 21 year old female player Rachel Scott, a member of the Otago women's rugby team named player of the day. .Over 500 people turned up to watch the match which included a blind referee, Julie Woods and three clothed streakers who were ejected from the playing area..The 'Nude Blacks' traditionally play games before test matches in Dunedin and were using this match as a warm up for three nude games planned during the IRB Rugby World Cup in New Zealand with teams from Argentina, Italy, England and Ireland involved. Matches will be played before World Cup games in Dunedin. New Zealand. 22nd July 2011. Photo Tim Clayton 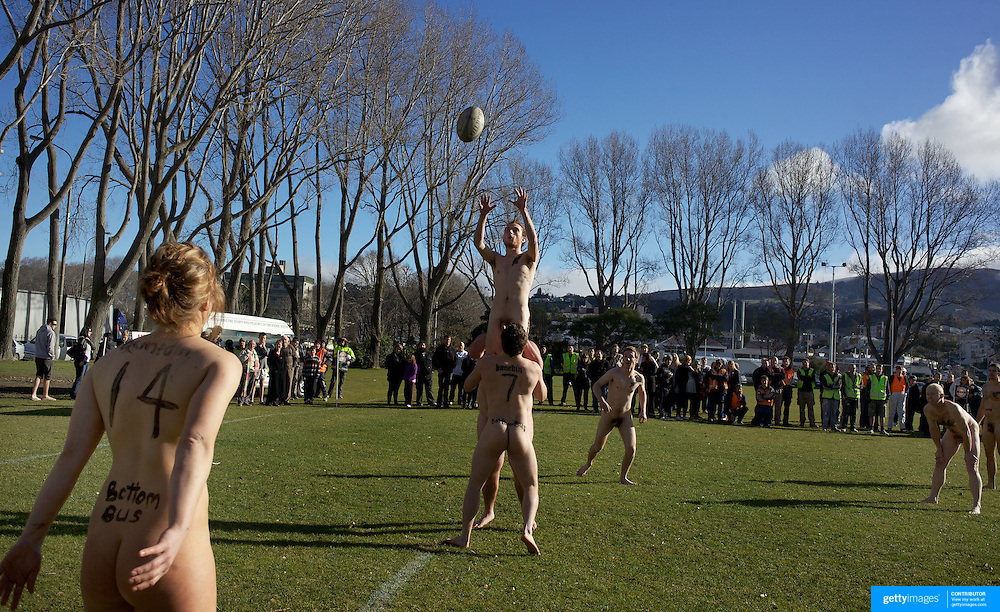