THE PHILIPPINES (Manila). 2009. Two fighting game cocks are introduced to each other and encouraged to be aggressive before a fight to the death at the Pasay Cockpit Arena, Pasay City, Manila. Photo Tim Clayton 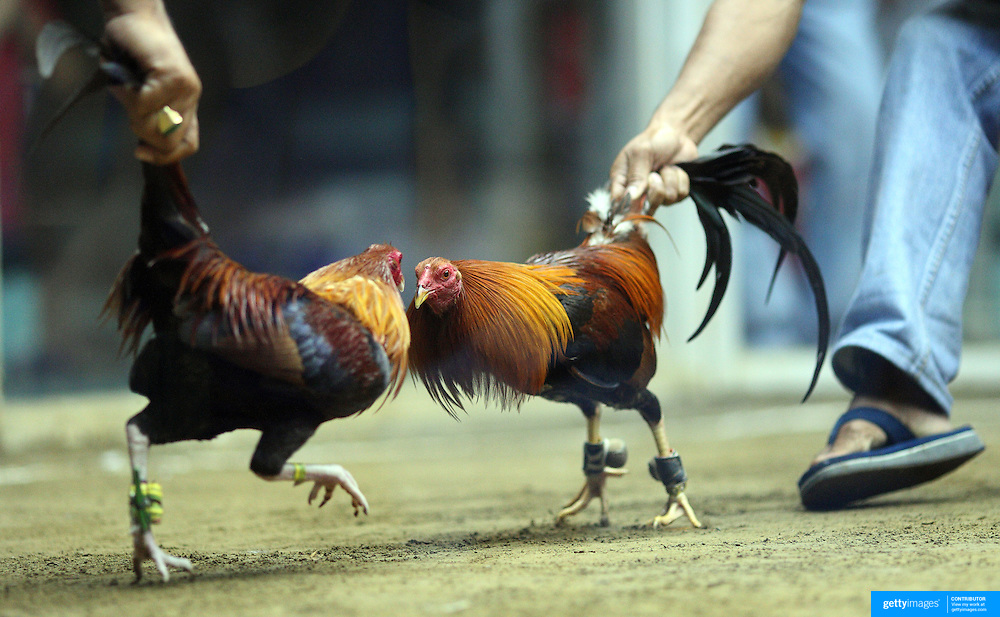