The view from Kaiti Hill of Gisborne city and Poverty Bay.. Kaiti Hill is an ancestral site of the Ngati Oneone in Gisborne. It is at the base of this hill that Captain James Cook came ashore, after first sighting New Zealand in October 1769..The 33 ha Titirangi Reserve is a tourist attraction, the hill has a Cook monument and four lookouts over Gisborne city and Poverty Bay. Other features include a World War II gun emplacement, a summit track and nature trails. At the base of the hill is the marae Te Poho-o-Rawiri, the home of Ngati Oneone, which was built by Rawiri Te Kani..Gisborne, North Island, New Zealand. 15th January 2010. Photo Tim Clayton. 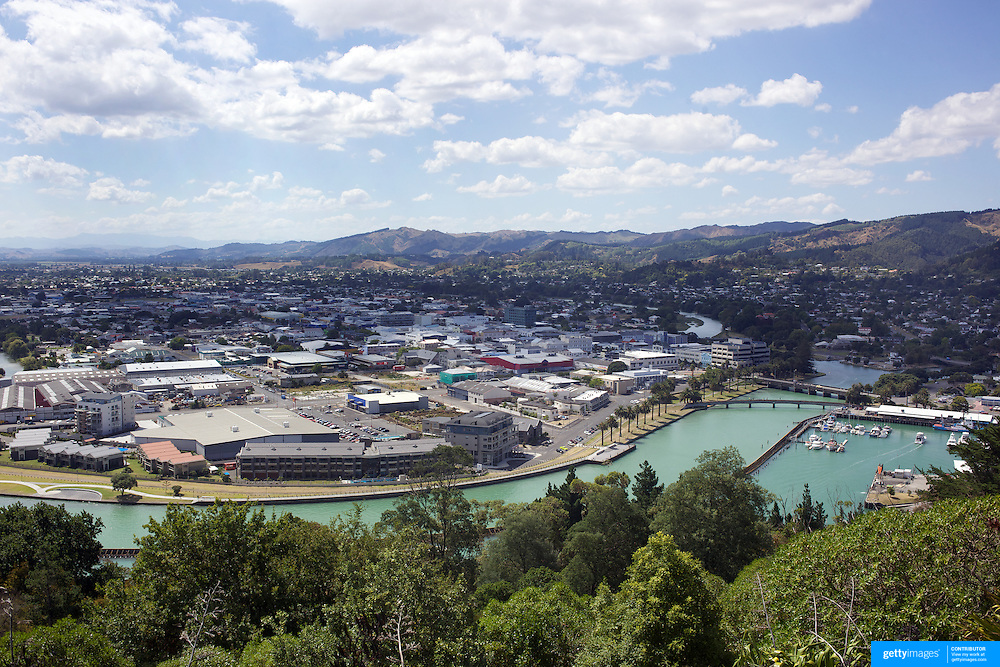