THE PHILIPPINES (Manila). 2009. A game cock delivers a fatal blow to its competitor as the three inch razor sharp blade attached to its left ankle pierces its opponents body killing it instantly during the bout between two game cocks, at the Makati Coliseum, Makati City, Manila. Photo Tim Clayton 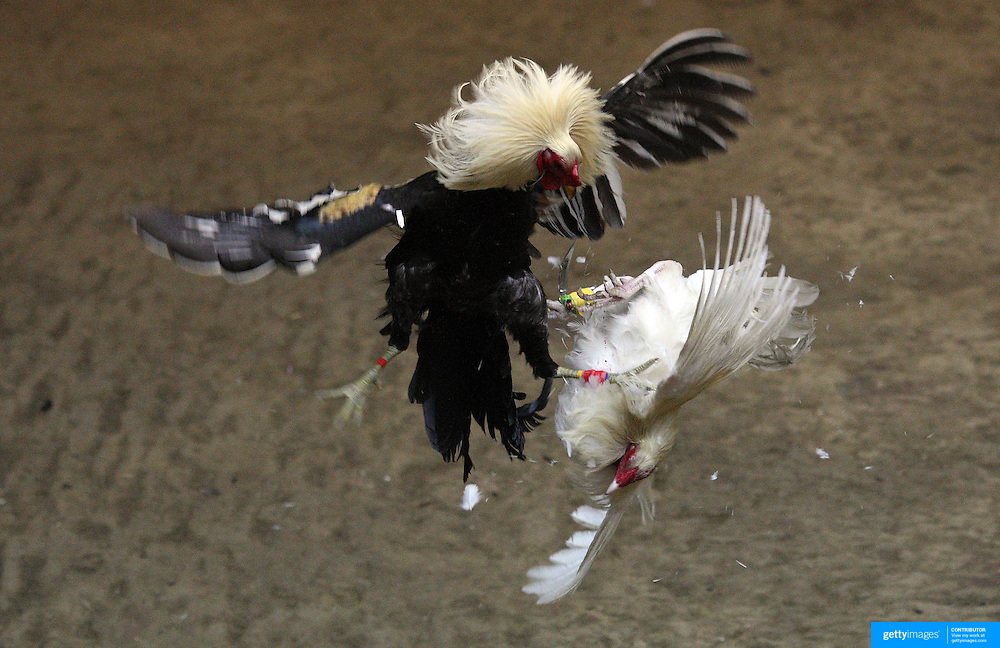