The chair lift at Coronet Peak Ski Field lies dormant with little snow on the hillsides of the Wakatipu Basin in the background showing the extent of the unusually warm weather delaying the start of the ski season in Queenstown, New Zealand..New Zealand sweltered through it's hottest May since record-keeping began with figures issued by climate agency Niwa showed that May was 2.3C warmer than usual. The average monthly temperature was 13.1C, a temperature normally expected for April. The previous hottest May, recorded in 2007, had a mean temperature of 12.4C. Coronet Peak, Queenstown, South Island, New Zealand, 27th June 2011 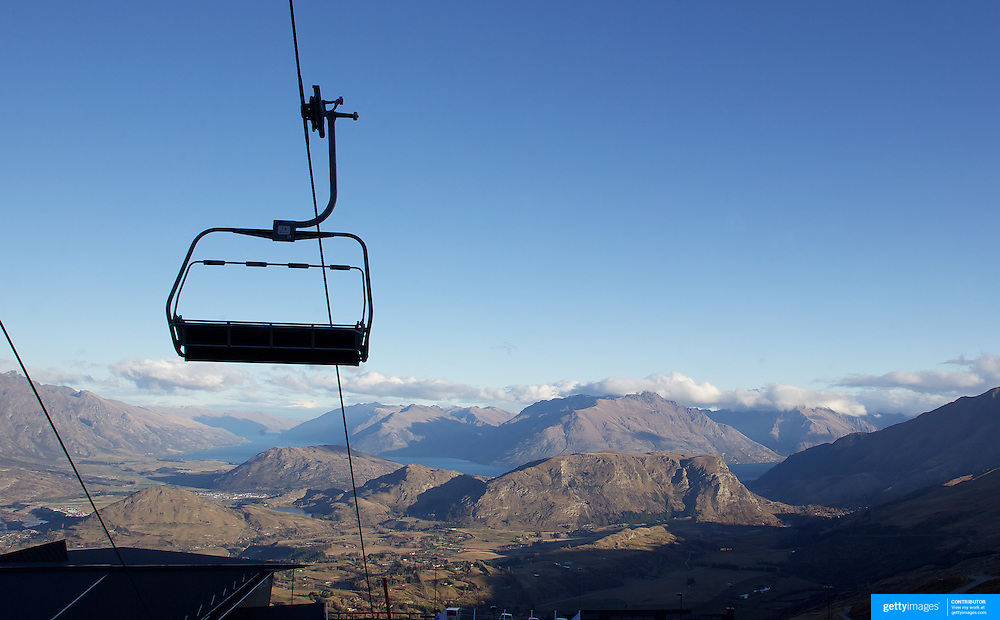