THE PHILIPPINES (Manila). 2009. Two roosters approach each other displaying their plumage at the start of the fight to the death at the Pasay Cockpit Arena, Pasay City, Manila. Photo Tim Clayton 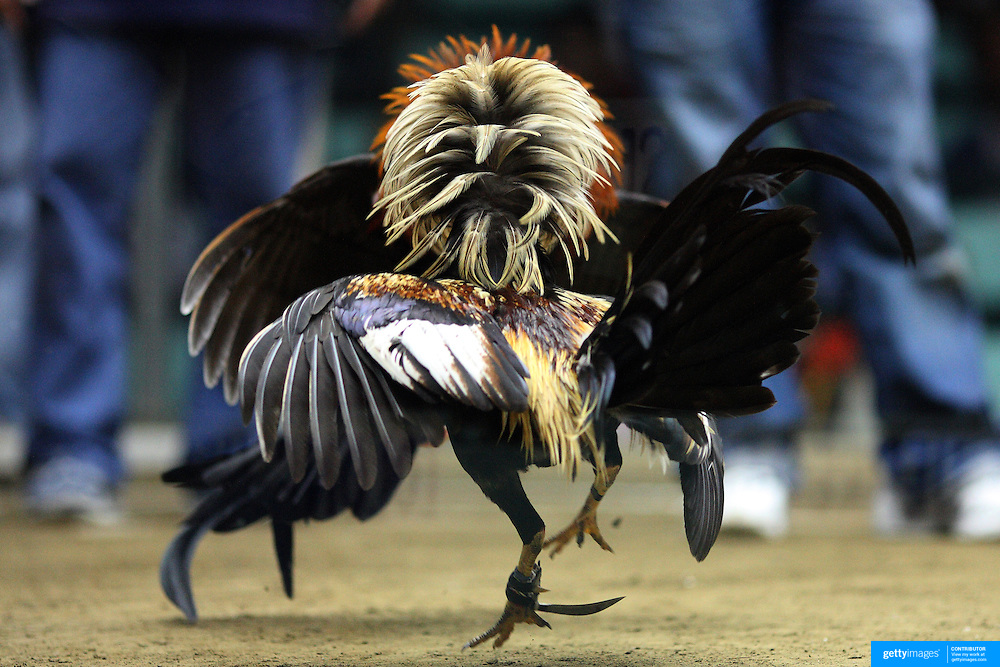