A London tour bus full of tourists approaches Big Ben and the Houses of Parliament. .Big Ben is to chime non-stop for three minutes to help ring in the London 2012 Olympics. Special permission had to be gained for the hour bell at the Palace of Westminster to toll out of its regular sequence. It will strike more than 42 times between 8.12am and 8.15am on 27 July to herald the beginning of the first day of Games. It will be the first time Big Ben has been rung outside its regular schedule since 15 February 1952, when it tolled every minute for 56 strokes for the funeral of King George VI. London 2012 Olympic games London, UK. 15th July 2012. Photo Tim Clayton 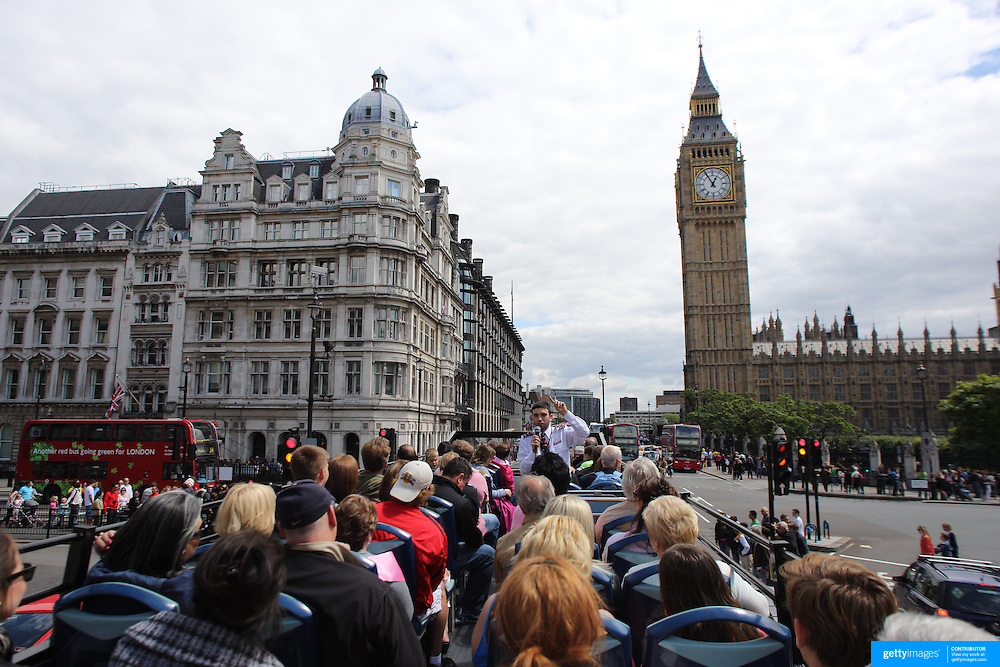