Mountain Biking on Death Road, Bolivia...A tour group of Mountain Bikers make their way along tarmac road past breathtaking scenery as they travel along the first part of their journey heading towards the notorious jungle strip of 'Death Road'...The North Yugas Road is a 64 Kilometer road leading from La Paz to Corioico. It is legendary for it's extreme danger and in 1995 the Inter American Development Bank christened is as the "world's most dangerous road".. The road was built in the 1930's during the Chaco War by Paraguayan prisoners to connect the Amazon rainforest region of Northern Bolivia to it's capital City La Paz. One estimate is that 200 to 300 travelers were killed yearly along the road. On 24 July 1983, a bus veered off the Yungas Road and into a canyon, killing more than 100 passengers in what is said to be Bolivia's worst road accident..A new stretch of the La Paz-Coroico highroad was opened in 2006 to bypass the notorious stretch known as death road..The danger of the road has now made it a popular tourist destination starting in the 1990's and drawing thrill-seekers and mountain bike enthusiasts who ride on the 64km mainly downhill stretch from La Cumbre, a 4,700 meter peak to Yolosa, a decent of 3600 meter's (11,800 feet). The journey includes breathtaking views of snow covered peaks and towering cliffs and starts along modern asphalted road before entering the jungle itself and the most dangerous and notorious part of the ride. The infamous narrow dirt road, most of the road no wider than 3.2 meter's, is cut into the side of the mountain with sheer drops to the left of up to 600 meter's with virtually no safety rails on the winding steep decent..There are now many tour operators catering to this activity, providing information, guides, transport and equipment. Nevertheless, the Yungas Road remains dangerous. At least 13 of these cyclists died on the ride since 1998, the latest A 28-year-old Israeli traveler was killed in April 2010 the group of cy 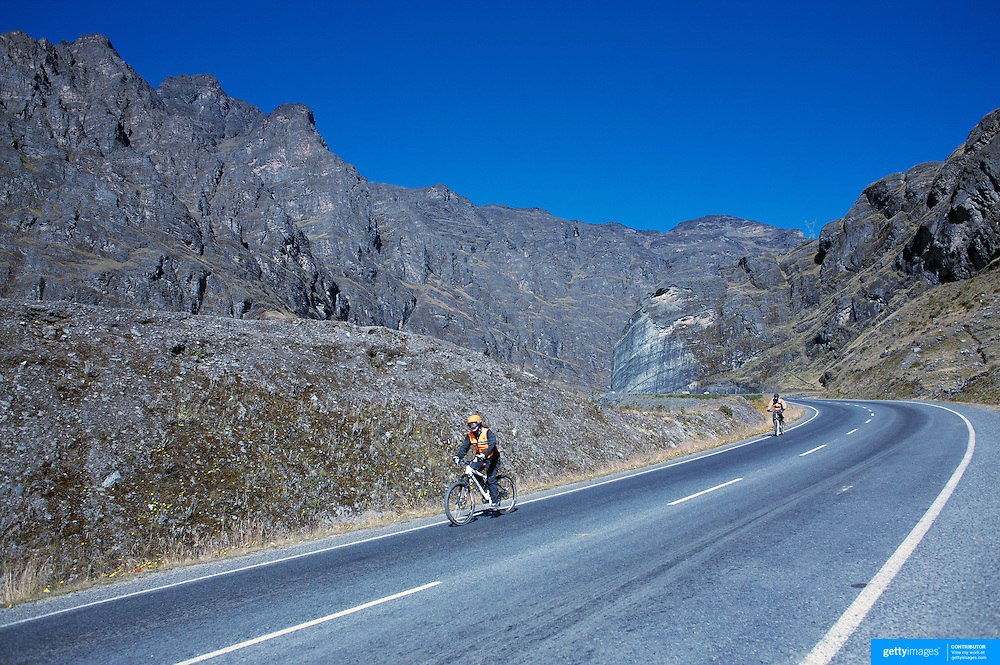