The festival of the Virgen de la Candelaria, Copacabana, Bolivia

One of Bolivia's most famous festivals, The festival of the Virgen de la Candelaria takes place in the usually quite rural fishing village of Copacabana on the shores of Lake Titicaca. For three days from February 2nd to the 5th the village is transformed by the Aymara indigenous community who celebrate with street parades, colorful costumes, music, traditional bands, dancing and enormous amount of drinking and celebrating.
Vehicles are blessed with beer and people gather for days to celebrate in a mixture of Catholic and native religions.
The Virgen de la Candelaria is revered for a series of miracles, recounted in Nuestra Senora de Copacabana. Legend has it in 1576, some Inca fisherman were caught in a terrible storm on Lake Titicaca. As they prayed for help, the Virgin Mary appeared and led them to safety. In gratitude, they built a shrine containing a statue of the Virgin, which was sculpted by the Inca craftsman Tito Yupanqui the same year.
Bolivian celebrants believe the virgen prefers to stay inside the Basilica built in her honor. When take outside, there is a risk of storm or other calamity.
On the third day of the fiesta, 100 bulls are gathered in a stone corral along the Yampupata road, and the some of the more brave and/or drunk revelers jump into the arena and try to avoid being attacked. 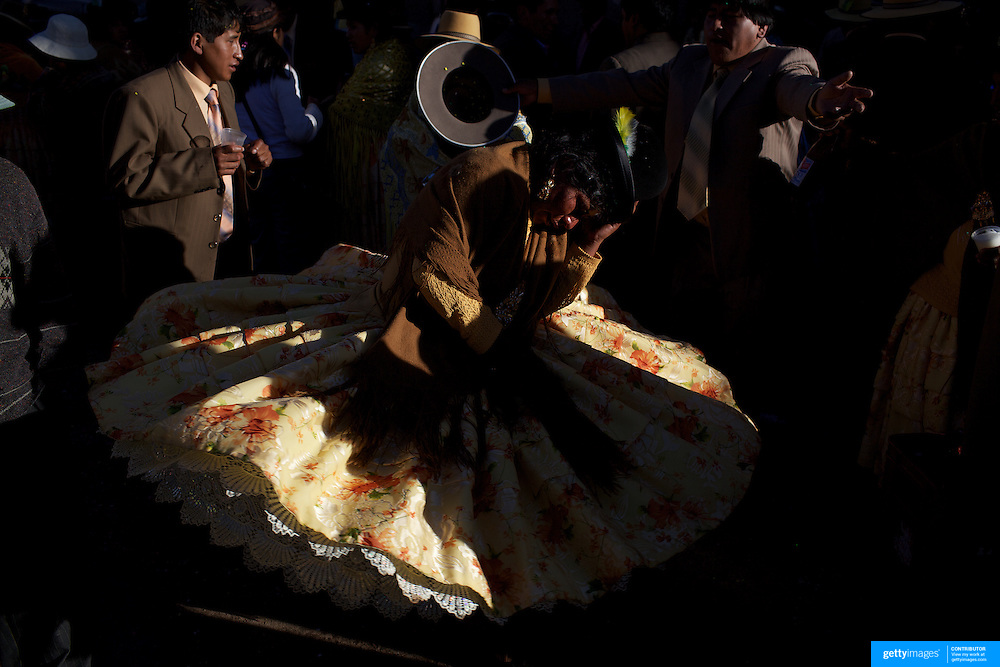