Saint Mary's Church, Tikitiki is one of the finest Maori churches in New Zealand. It was built in 1924 and consecrated in 1926 as a memorial to the soldiers of Ngati Porou who died in World War I. .The decoration of the church displays a meeting of two cultures. The structure is typically European, but the extensively carved and decorated interior is typically Maori. .Sir Apirana Ngata was the mastermind behind the interior design. In the 1920s he began a personal crusade to revive the dying art and craft skills within Ngati Porou and Maoridom in general. The church was carved by local Ngati Porou carvers; Ngati Porou weavers completed the tukutuku (woven panels). The ornate pulpit was a koha (gift) to the church by Te Arawa tribe. .The memorial board in the church lists names of soldiers from the area who lost their lives in the world wars. On the east wall is a memorial to Sir Apirana Ngata. Tikitiki, New Zealand, 19th January 2010. Photo Tim Clayton. 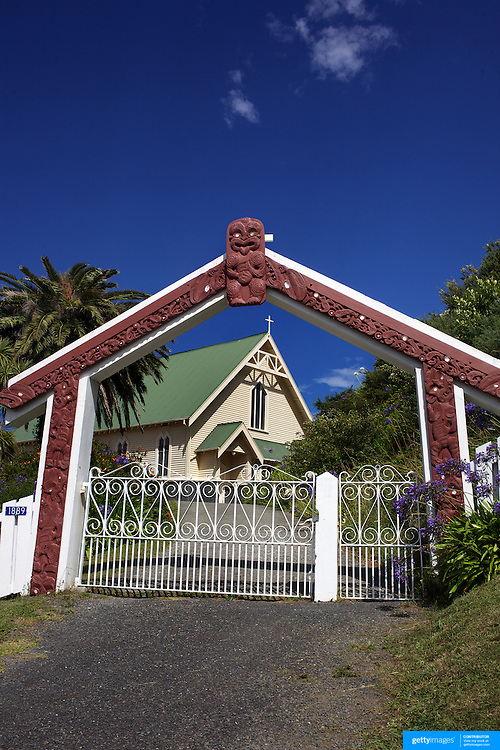