THE PHILIPPINES (Manila). 2009. A game cock, with a three inch razor sharp blade fastened to its left ankles prepares to fight to the death with his opponent at the Pasay Cockpit Arena, Pasay City, Manila. Photo Tim Clayton 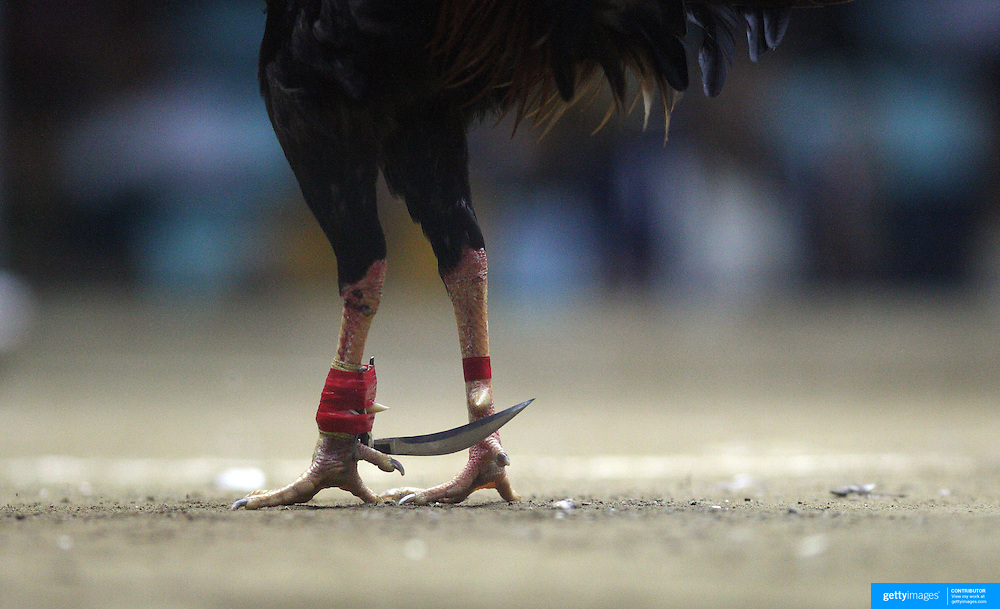