THE PHILIPPINES (Manila). 2009. 'Cock doctors' clean and stitch up the wounded and injured winning birds who survive the fight to the death of two game cocks, each with three inch razor sharp blades fastened to their left ankles at the La Loma Cockpit, La Loma, Manila. Photo Tim Clayton 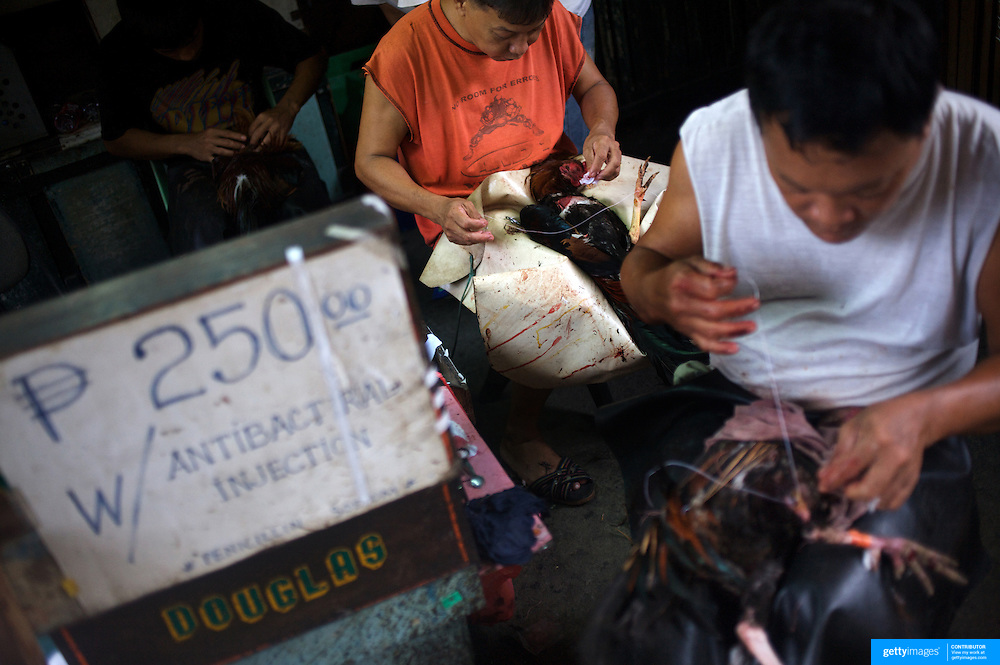