Freeskier Ted Davenport of the United States breaks a ski on his first run after launching off a drop during the World Heli Challenge Extreme Day at Mount Albert on Minaret Station, Wanaka, New Zealand. Davenport, the two time defending champion pushed himself to the limit on his second run and tragically broke both legs landing on hard rock just below the surface of the snow. His injures included a broken tibia and fibula. Emergency services reached Davenport who was air lifted to Wanaka Lake Health Centre then on to Dunedin hospital for surgery. He is due to marry in a few weeks time. 1st August 2011. Photo Tim Clayton. 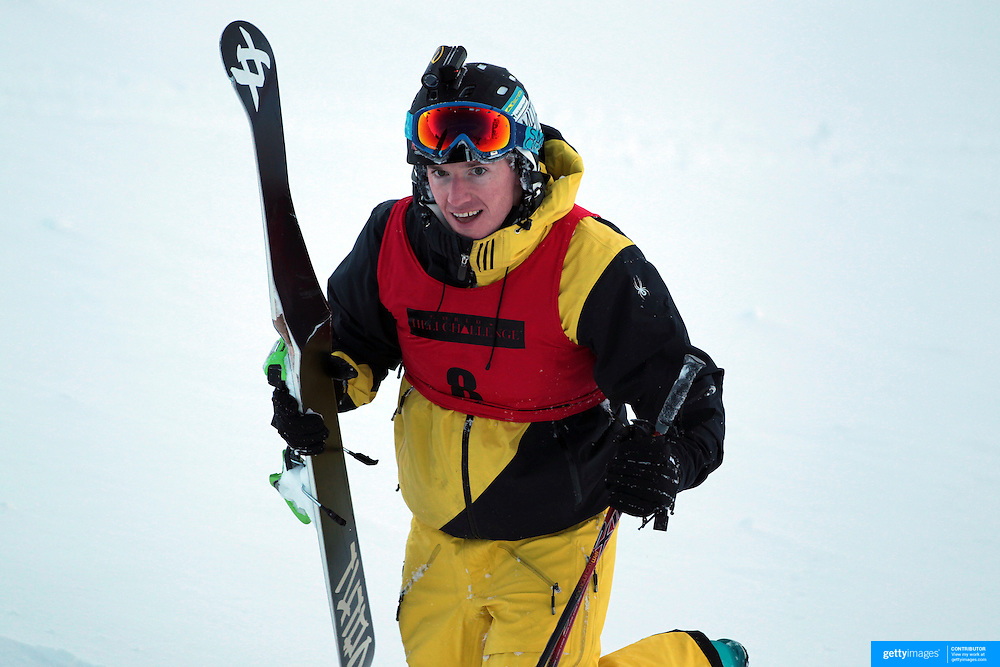