NEW YORK, NEW YORK - May 31: Second baseman Brett Lawrie #15 of the Chicago White Sox preparing to bat in the dugout wearing his white mouth guard, which makes it look like he has vampire fangs when it stick out of his mouth. The look has earned him the nickname 'The Canadian Vampire' during the Chicago White Sox Vs New York Mets regular season MLB game at Citi Field on May 31, 2016 in New York City. (Photo by Tim Clayton/Corbis via Getty Images) 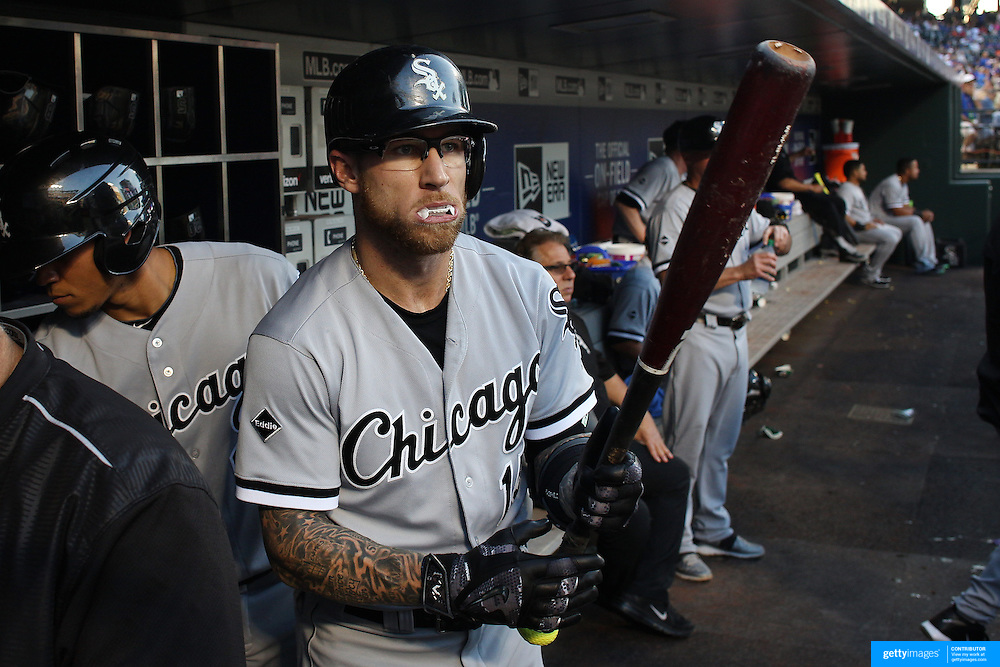