THE PHILIPPINES (Boracay). 2009. Owners wait with their roosters before being prepared for the fight as spectators watch at the cockfighting held at the Boracay Cockpit, Boracay Island. Photo Tim Clayton 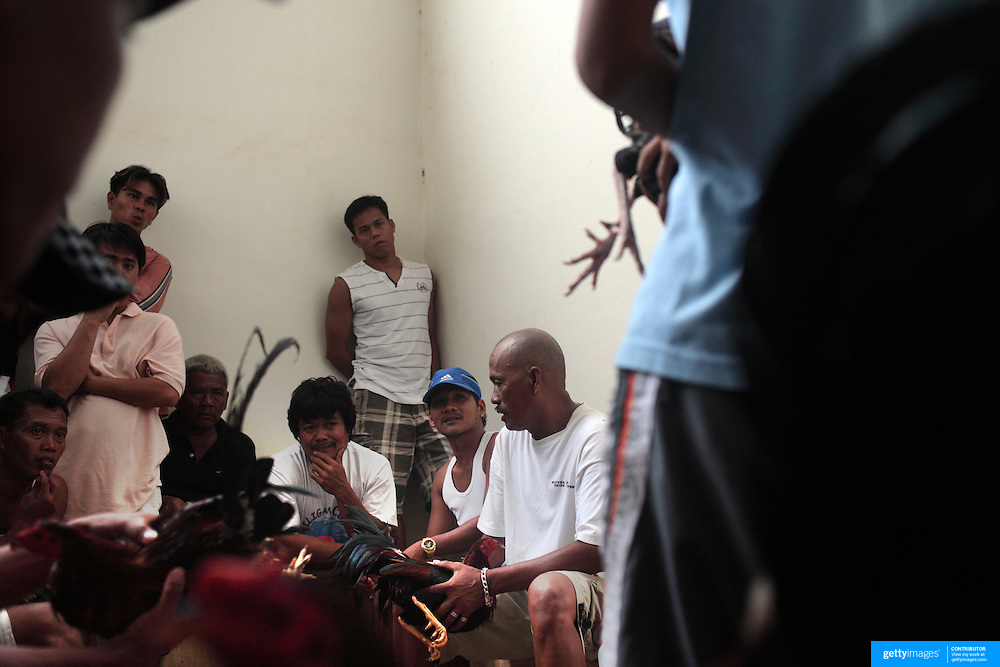