Playing with Ghosts... Football Stadiums of Argentina..Argentina, one of the powerhouses of World Football is steeped in history and tradition, so too are the countries stadiums. Many were built in the early part of the 1900's and maintain an incredible unique atmosphere of their own. Empty stadiums terraces sing to the observer, holding onto the fans voices from match days past when Argentina's fans show a passion for the game and their clubs which is second to none. The historic stadiums have a voice of their own and a unique atmosphere. ..The ticket windows at The Estadio Gigante de Arroyito, the home of Rosario Central. The stadium was originally opened in 1929 and remodeled to concrete in three stages, the first in 1957, the second in 1963 and the third in 1968..The stadium was remodeled in 1974-78 in preparation for the 1978 World Cup. It has capacity for 41,654 spectators. 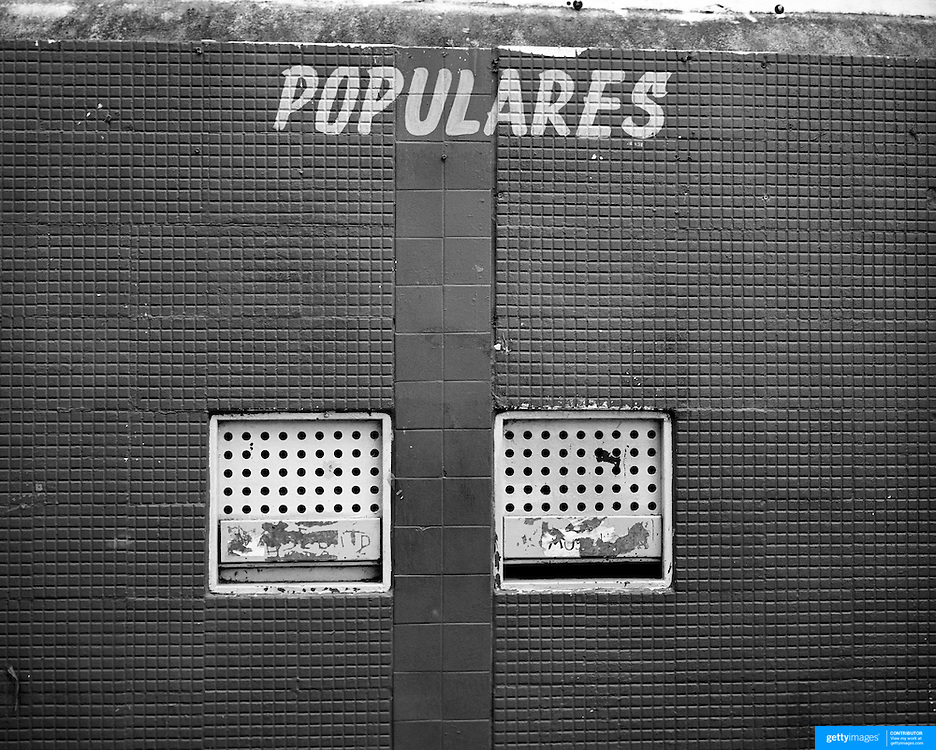