THE PHILIPPINES (Boracay). 2009. A razor sharp blade is fastened to a game cocks ankle before the cockfighting at the Boracay Cockpit, Boracay Island. Photo Tim Clayton 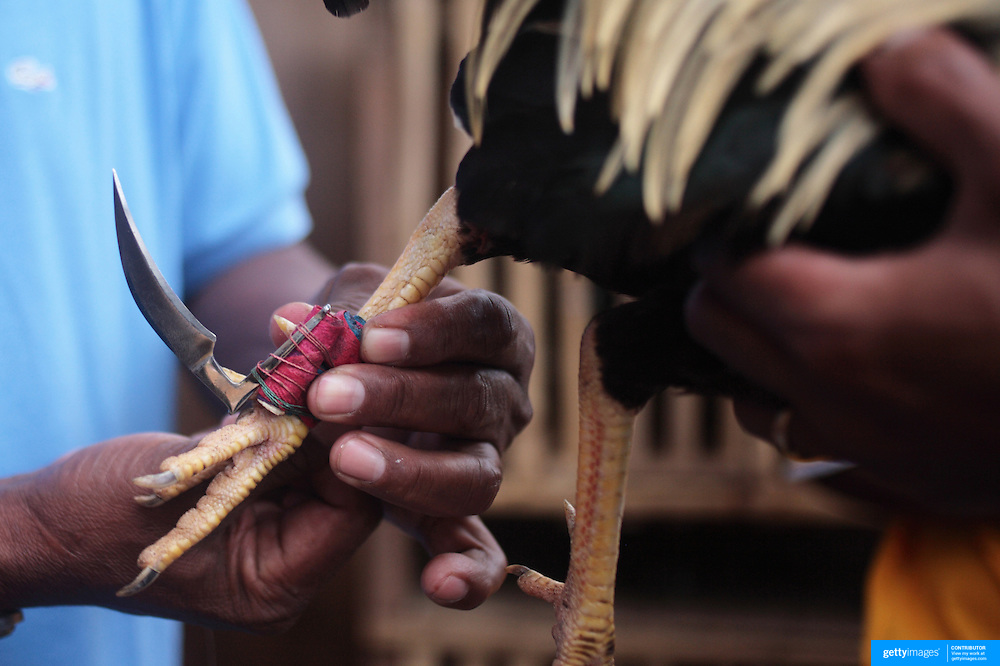