Gannet pairs preen and perform the dance of the gannets' recognition ritual at the Gannet Colony at Cape Kidnappers, Hawkes Bay, New Zealand..The famous Cape Kidnappers Gannet Colony is the largest most accessible mainland gannet colony in the world. Up to 20,000 birds populate the colony on dramatic cliffs high above the Pacific Ocean. The Gannet's are members of the Booby family, with distinctive black eye markings and a pale gold crown. Visitors to the colony with Gannett Safaris Overland are able to see adults, who have the same life long mating partner and young nesting in serried rows carrying out their daily routine...The birds can be seen from September to early May. In September they return and build their nests ready for the arrival of the chicks during December and January. The chicks are then fattened up ready for their first and departing flight in late April, early May when they go off on their annual ritual to warmer climates. . Cape Kidnappers, Hawkes, Bay, New Zealand, 3rd January 2011. Photo Tim Clayton 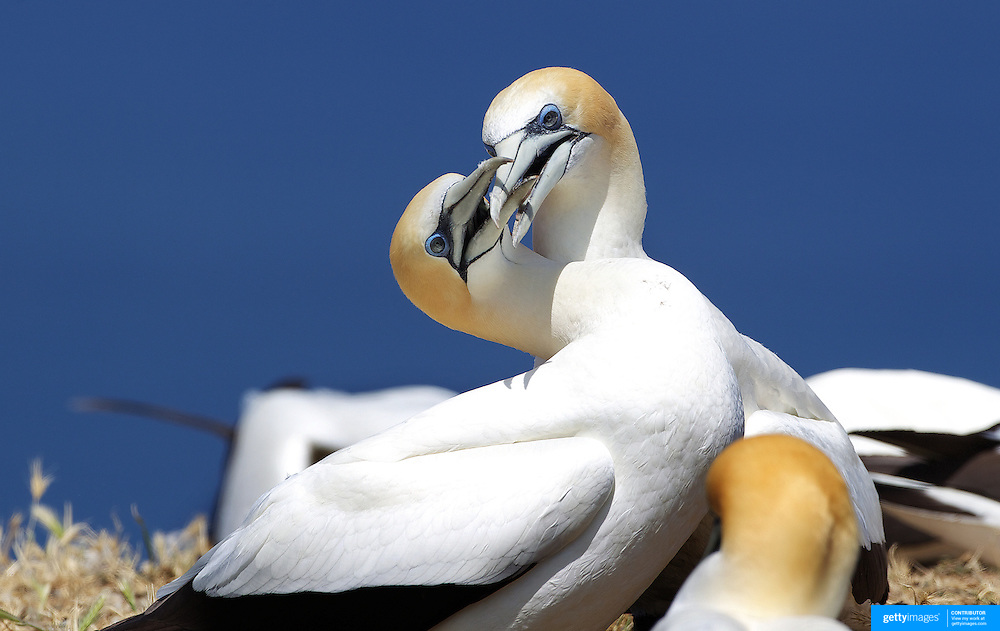