A cow stands alone, tethered in a field on the outskirts of the small Romanian town of Copsa Mica with the Carbosin factory skeleton in the background in Copsa Mica, Transylvania, Romania. Copsa Mica was once described as the most polluted town in Europe. The factory closed down in 1993. May 08, 2008 Photo Tim Clayton...Copsa Mica, a small industrial town deep in Transylvania, Romania, was described during the 1990s as the most polluted town in Europe with lead levels reaching were more than 1000 times the allowable International limits and life expectancy nine years shorter than the National average...The pollution was caused entirely by two factories, Carbosin produced black for dies and tires and closed in 1993 while Sometra, a nonferrous smelter is still operational today...The pollution was so bad sheep were black, covered in soot and health officials advised against eating livestock or vegetables and drinking the water or milk...The Communist rule of Nicolae Ceausescu is blamed for the widespread environmental degradation that left industrial parts of Romania in ecological disaster. Industry was situated in a way to concentrate pollution in small areas leaving the rest of the country relatively free of pollution. Copsa Mica in particular was left an environmental disaster...The pollution caused a direct affect on human health with widespread Lung disease, Impotency, the highest infant mortality rate in Europe, Lead poisoning and behavioral problems...Fifteen years on since the closure of Carbosin in 1993, the factory skeleton remains as part of the towns bleak landscape, Unfinished communist style housing blocks still stand in the heart of the towns housing estate. The town's inhabitants are still trying to recover from the long lasting effects of pollution...Recent survey's found the soil contained so much lead that it was 92 times above the permitted level; the vegetation had a lead content 22 times above the permitted level. While toxins have penetrate 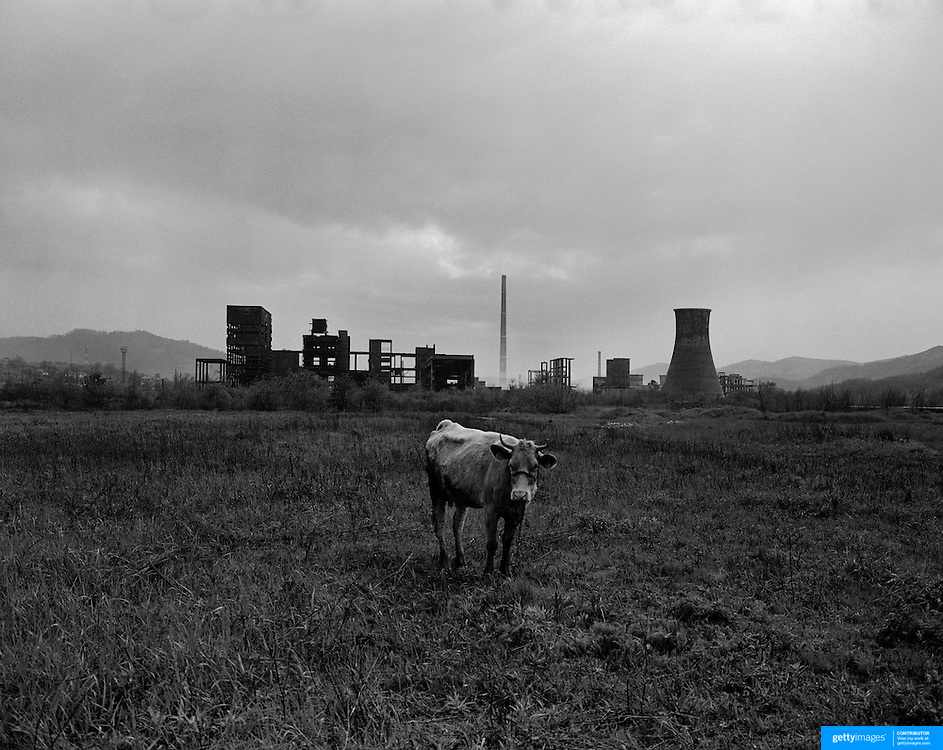