THE PHILIPPINES (Manila). 2009. Juanito P. Lyciano, 73, with his game cock in the slumps of the Parola district of Tondo, Manila. Photo Tim Clayton 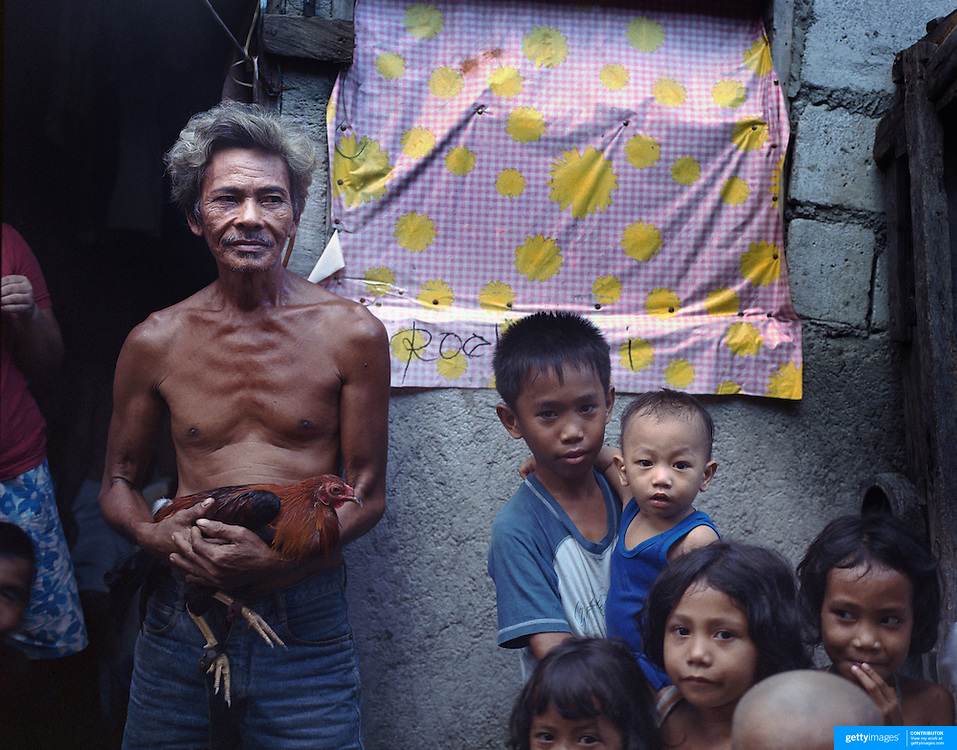