THE PHILIPPINES (Manila). 2009. Gamblers make wagers with each other as they bet on the cockfighting at the Pasay Cockpit Arena, Pasay City, Manila. Photo Tim Clayton 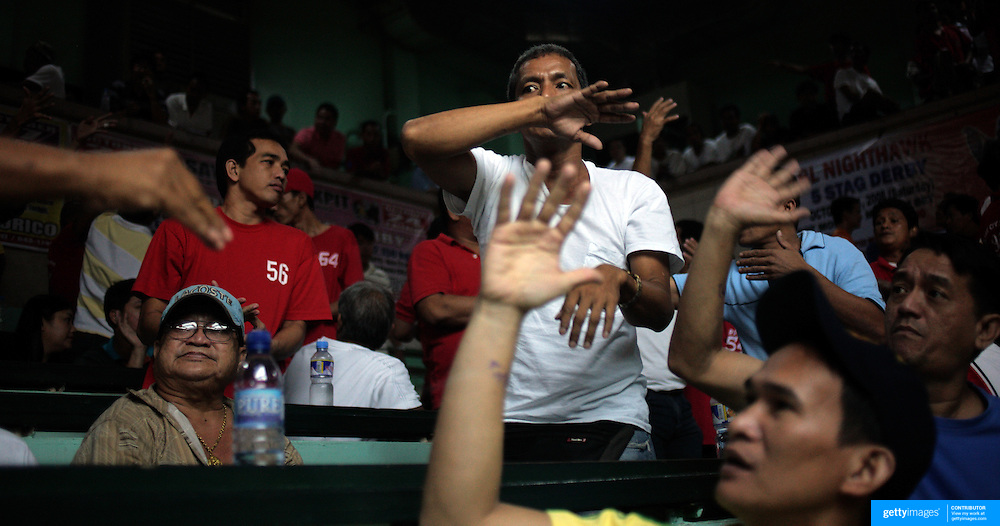