THE PHILIPPINES (Manila). 2009. Gamblers watch as two game cocks fight to the death in a small side arena at the La Loma Cockpit, La Loma, Manila. Photo Tim Clayton 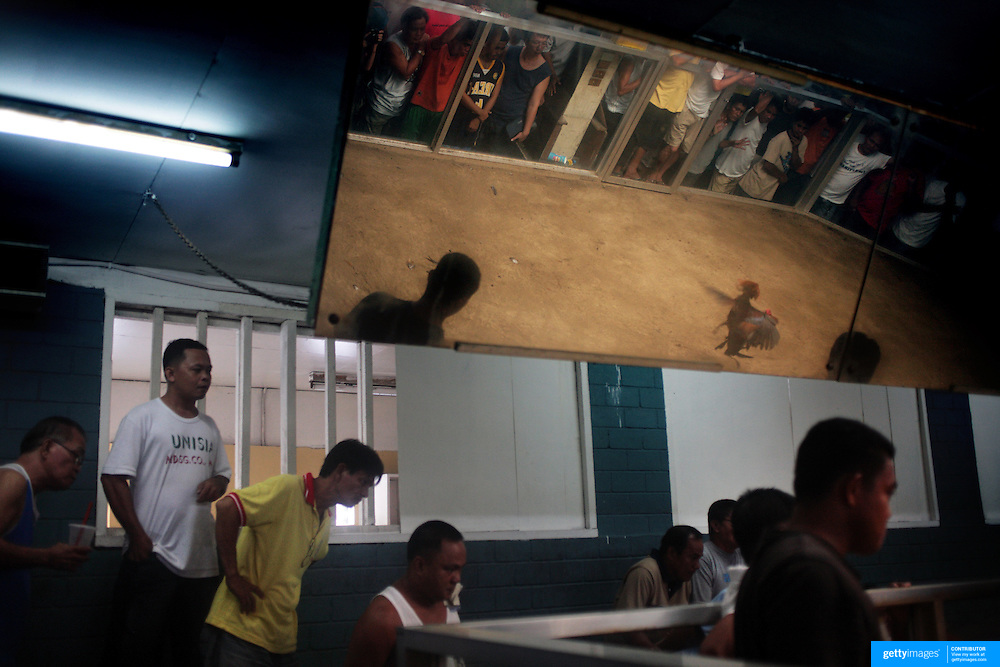