Maxi Wild Oats XI navigates through the flotilla of spectator craft and media helicopters as the fleet heads down the Eastern coastline of Australia after the start of the 64th Rolex Sydney to Hobart Yacht Race 2008 which began in the waters of Sydney Harbor. Exactly 100 yacht's entered in this years race with spectators on the Sydney Harbor foreshore estimated to have reached over 500,000 people on December 26, 2008. Maxi Wild Oats XI skippered by Mark Richards was looking to make history with a record fourth consecutive line honors victory. Photo Tim Clayton 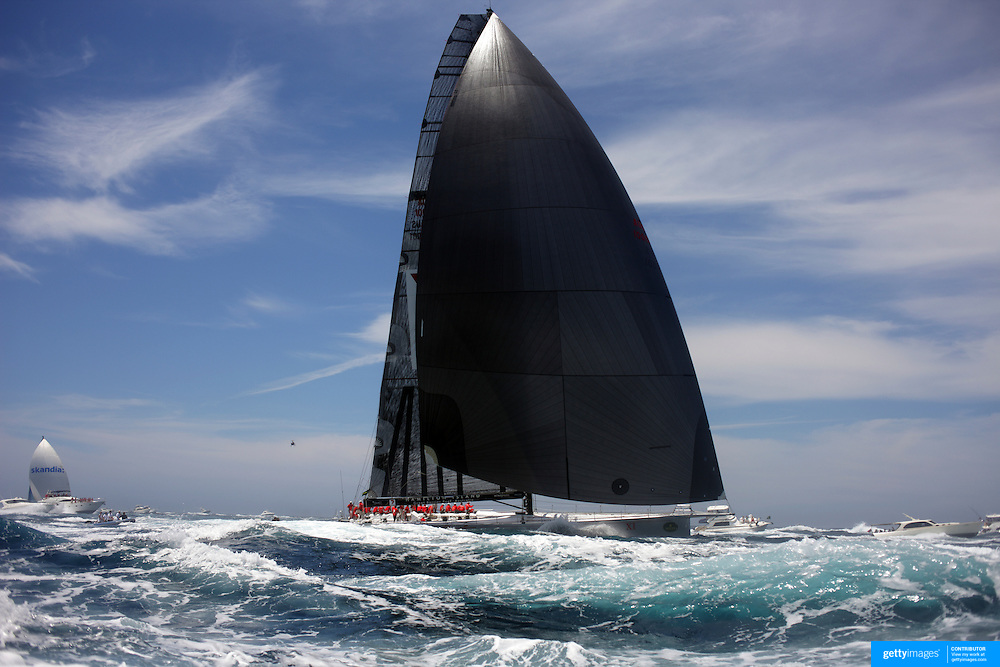