THE PHILIPPINES (Manila). 2009. The referee pulls away the winning bird as it's competitor lies dead after a fight to the death between two game cocks, each with three inch razor sharp blades fastened to their left ankles at the Makati Coliseum, Makati City, Manila. Photo Tim Clayton 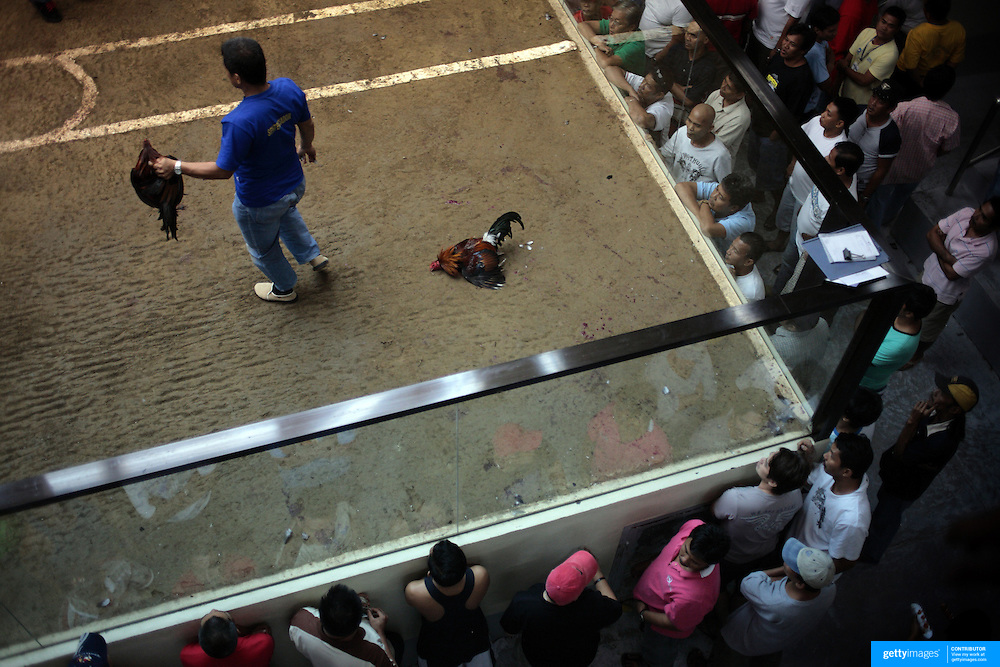