BOSTON, MASSACHUSETTS - OCTOBER 21: A young girl shows curiosity as an artist works on the bank of the Charles river as crews take part in The 53rd Head of the Charles Regatta on the Charles River which separates Boston and Cambridge, Massachusetts, USA. The Head of Charles, which began in 1965, attracts over 11,000 athletes from around the globe. The course is 3 miles (4,800 meters) long and stretches from the start at Boston University's DeWolfe Boathouse near the Charles River Basin, passing Harvard University to the finish just after the Eliot Bridge. Boston, Massachusetts. 21st October 2017. (Photo by Tim Clayton/Corbis via Getty Images) 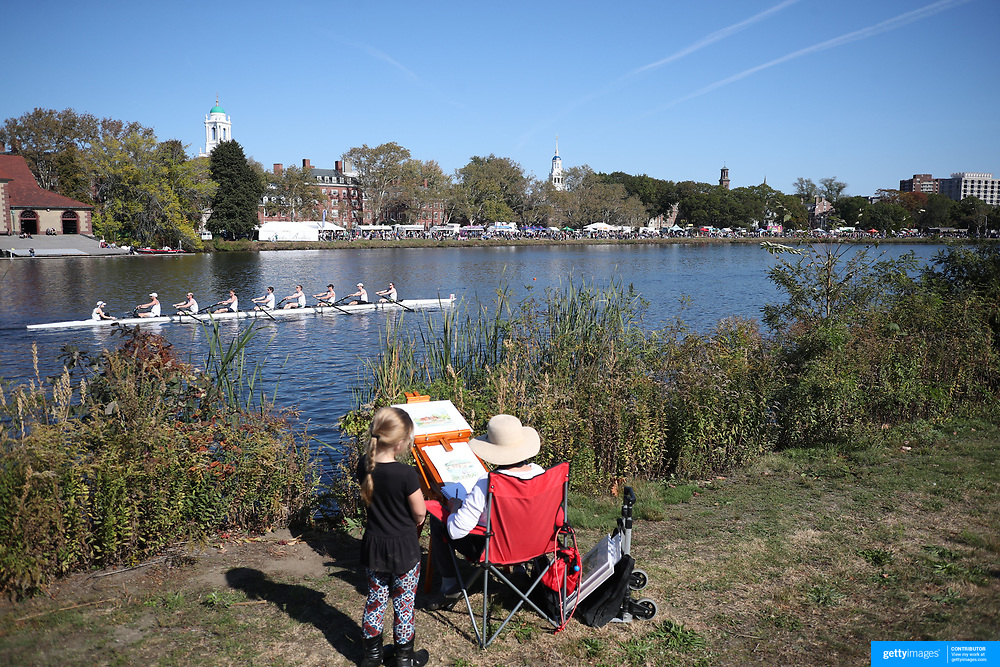