THE PHILIPPINES (Boracay). 2009. Gamblers are reflected in the glass surrounding the cockpit as they make wagers with each other while two birds are prepared for the next fight at the Boracay Cockpit, Boracay Island. Photo Tim Clayton 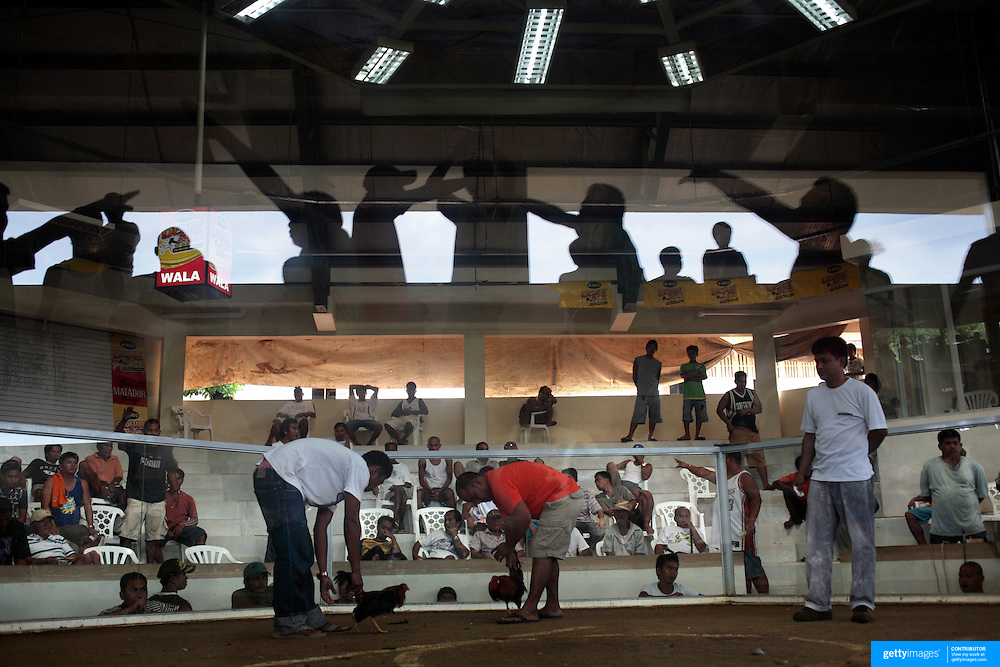