Best Sports Photos of the Year 2011

The Dunedin-based Nude Blacks V the Spanish Conquistadores in an 'unofficial' curtain raiser to the Rugby World Cup match between Argentina and England in Dunedin. New Zealand,

Action from the Nude Blacks v Spanish Conquistadores, nude rugby match, Dunedin, New Zealand..The Dunedin-based Nude Blacks were beaten for the first time, suffering a shock 25-20 loss to the Spanish Conquistadores at Kettle Park, Dunedin in an 'unofficial' curtain raiser to the Rugby World Cup match between Argentina and England in Dunedin. .The match drew a crowd of 1500 and a large contingent of international media..The rules of the contest dictated that the Spanish team of six women and a man took off an item of clothing when they scored and put clothes back on when the Nude Blacks scored..The Spanish team of girls from Barcelona won an international video competition with a video of them playing rugby in their swimsuits on a Barcelona beach..More matches are scheduled during the Rugby World Cup. Dunedin, New Zealand, 10th September 2010. Photo Tim Clayton.. 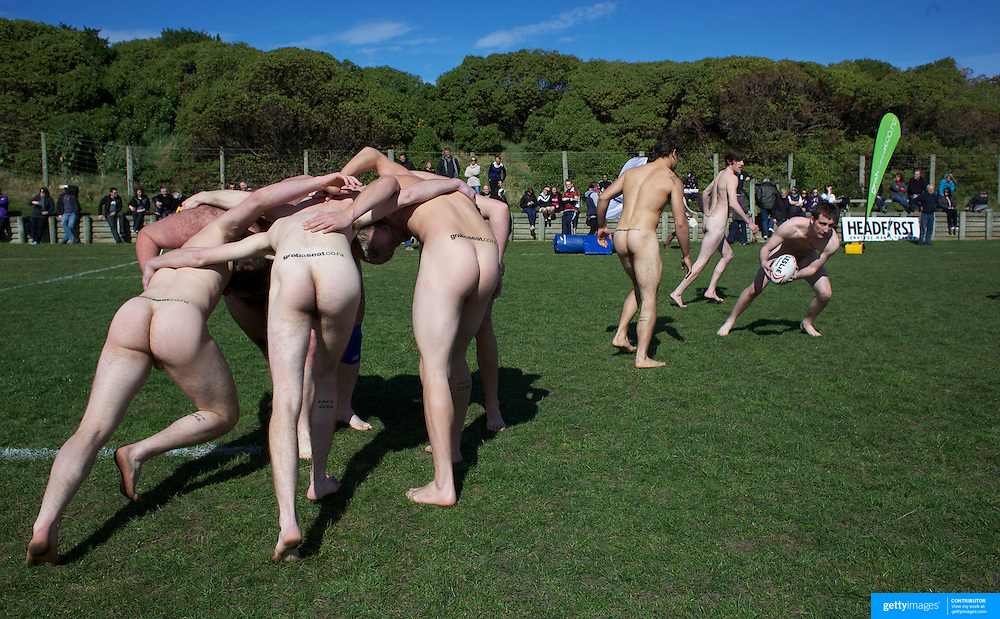